I once had just over 1 thousand Shopper’s Drug Mart Optimum points.

I don’t have them anymore because my wife at the time decided that we didn’t need two separate accounts, and we tossed out my card in favour of hers. This made sense since she did most of the shopping. So now I’m back at the beginning, with a new card number, this time all electronically set up on my smartphone.

That’s one big change that loyalty programs have made in recent years. Programs such as SDM Optimum, Air Miles, and Aeroplan are all moving to mobile based applications for their members to keep track of their progress. That’s important, because they all share one characteristic. Every one of them take forever and a day to earn enough points to be able to do anything with them.

– Thanks Cineplex and ScotiaBank …

Enter Cineplex’s Scene program.  It’s very simple. Go to the movies at a Cineplex theatre. Use your Scene card at the box office and concession stand. Earn points towards a free ticket to the movies and/or special deals on concessions. It doesn’t take long to earn rewards.

Now, they’ve added a trivia game to play on your smartphone or tablet before the movie begins. What’s the incentive to play the trivia game? More Scene points. For knowing about movies. Movies you’ve probably recently seen at a Cineplex, possibly even for free by using your Scene points. 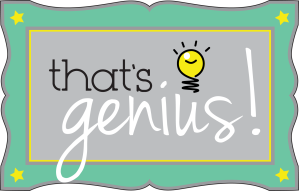 I can almost picture all of your minds exploding, just a little bit. That’s because mine did too, when I read all about it at Marketing Mag this week. Loyalty programs are beginning to recognize that while there are many people out there who are content to earn points for a long-awaited payoff, some people want their cake and to eat it too. Like, right now. Seriously. Gimme the damn cake!

Don’t be surprised to see more and more loyalty programs adopt either a much quicker payoff, or a hybrid reward structure that allows for a broader range of potential customers.  All with the hopes that they become truly loyal.

Because isn’t loyalty what it’s all about?

← What You Believe About Homosexuality Doesn’t Matter
Tuning Out … →