I don’t have TV service. Since September, 2013 when I moved into my own place after splitting with my wife of 5 years, I refused to start up any cable or satellite service. My theory being that if there’s any shows out there I want to watch, there are ways to watch them without having to pay for television service.

According to an article I found on marketingmag.ca, I’m not the only one. Sixteen percent of Canadians have considered, or have already ended their television subscriptions. One in seven people surveyed admitted to being likely to “quit their TV service and opt for free or cheaper alternatives.” 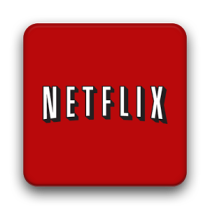 I can’t blame them. With stations streaming episodes of the programs they air online, the increasing popularity of Netflix, and other “alternatives” for collecting your favourite TV shows, traditional TV is going the way of the 8-track and Betamax.

Additionally, half of the survey’s respondents said they had “viewed at least three episodes of a show consecutively in the past year.” I can get on that bandwagon. If it weren’t for Netflix, I wouldn’t have been able to introduce my children to a certain Doctor.

Looking at this information from an advertising point of view, however, it’s hard to believe that much would have to change. We still get advertising inserted into the streaming video. In fact, while Netflix doesn’t air commercials, there’s still a degree of advertising through product placement and other non-traditional methods.

It’s like our one teacher, Tom Brennan, likes to remind us; we’re never completely free of advertising. At all times we’re bombarded with advertising in one way or another. So for those people who think they’re escaping “those annoying adverts during the shows” – sorry, but we’ll still reach you.

So I guess it’s time now to finish this off.  Besides, I have a few more episodes of The Originals to watch before I’m caught up. I won’t say how I got them though.